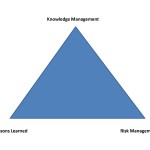 In my work with Program Management Offices (PMOs) for the past few years, I have developed some observations about PMO maturity, and the capabilities and competencies that PMOs have incorporated into their overall organizational makeup. Typically, PMOs are formed in organizations to ensure that the project groups can consistently and repeatedly deliver excellence in their … END_OF_DOCUMENT_TOKEN_TO_BE_REPLACED 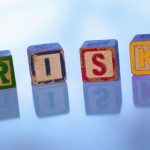 So many projects employ third party contractors and technology development personnel on projects today. It seems like the norm for getting any large project done. Organizations these days infrequently rely on purely in-house talent to dedicate as resources on projects. I want to focus on "Resource Risk" for all my project management practitioners today because I have run … END_OF_DOCUMENT_TOKEN_TO_BE_REPLACED

Last week’s episode of Parenthood on NBC had a number of dimensions.  I would like to review, from my perspective, what happened in this episode, and then draw some conclusions for the project community followers of this blog.  In this episode, one of the main characters, Adam Braverman is faced with a number of issues.  He is the father of a teenage daughter and a grade … END_OF_DOCUMENT_TOKEN_TO_BE_REPLACED

Last week on "The Tonight Show with Jay Leno," Paul Reiser was a guest. You may remember Paul as the male lead in the sitcom "Mad About You" which starred Helen Hunt as his wife.  The madcap comedy of this twosome kept me in stitches for many evenings. Paul was appearing on "The Tonight Show" to promote his new sitcom "The Paul Reiser Show."  However, as luck often … END_OF_DOCUMENT_TOKEN_TO_BE_REPLACED 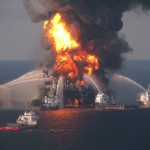 "The mastery of risk is the foundation of modern life, from insurance to the stock market to engineering, science, and medicine.  We cannot see the future, but by calculating probabilities, we can do the next best thing:  make intelligent decisions--and take control of our lives--on the basis of scientific forecasts."  Peter Bernstein, Against the Gods:  The Remarkable Story of … END_OF_DOCUMENT_TOKEN_TO_BE_REPLACED